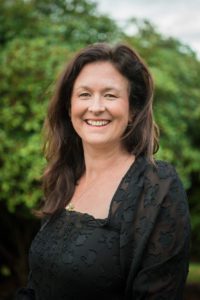 Your Life will change at the speed you make aligned choices, which is why the best gift you can give to yourself is to get yourself in alignment.

Step into the highest version of yourself. Imagine the impact this can have on all aspects of your life.

Energy Alignment puts you on an accelerated path of embodying your self mastery, taking you where your soul authentically wants to go.

It’s all about being able to receive the guidance, going with the flow, trusting the information you receive, and then taking inspired action.
Know that by the end of our time together you will be in a different place from where you began- you will have cleared the thoughts, emotions and beliefs that have held you back, you will have the clarity and confidence about the next steps to keep yourself in flow.
You will feel free, ready and able to do whatever you desire.

Can you already feel the impact the transformation will have on your life and your work?

Alongside traditional coaching methods and business mentoring,  I work with three key techniques, The Energy Alignment Method, The Akashic Records and Pranic Healing.

The Energy Alignment Method™ is the world’s fastest personal transformation and law of attraction method.

I include pre training to support you in your alignment, and I follow up after your session with a guided audio and exact scripts to guide you in your next steps of releasing and aligning so that you continue to make powerful progress.

I can hold the sessions at my home in East Sussex or if travel isn’t an option for you, your VIP Experience can be held on a private meeting room on zoom.

These sessions will be bespoke to you, and can be for Business Mentoring or Energy Alignment.

If you are ready to be fully supported during your growth and expansion and know the value of having this for a longer period of time, as your life will change at the speed you change your energy, you can also request to apply for VIP High Level Mentoring package.

This package will be created after consultation with you and will be bespoke to you.

Our work will take you on a journey into reconnecting you with all that you are: healing, manifesting, and elevating your Soul experience in this life, without all the thoughts, emotions and beliefs that have held you back before.

Imagine the impact this can have on all aspects of your life, your health, relationships, family, prosperity and work.

You know you are ready for a change and trust you are here for a reason.

Why The Energy Alignment Method is so Effective

The Energy Alignment Method is the only Energy Psychology process designed to get you living the Law Of Attraction and the Law of Vibration, and all the Universal Laws.

EAM has a deep basis in eastern spiritual principles, universal laws, therapeutic methods and energy work as well as in modern research into quantum physics, neuroscience and neurocardiology.

There are a wealth of benefits to the state of coherence or being in flow. Some of these are based on outcomes from a variety of scientific studies into the effect of flow and many are around real world experience of  EAM being shared with thousands of people.

Here are just a few of the many things being in the state of flow can do for you.

What is an Akashic Record Consultation?

Conscious co creation is not about receiving a bunch of answers from the Akashic Record Keepers. I’m doing the reading, but you’re guiding the show of your life.

The future is still unwritten (this is not a psychic reading or mediumship, this is a spiritual reading).

Pranic Healing is a highly evolved and tested non touch complementary therapy. It is used to heal a wide range of physical and psychological ailments. This system can enhance any area of your life. It is highly systematic and scientific in its approach, which distinguishes it from other healing therapies. Pranic Healing is a simple yet powerful and effective system that works on the principal that the body is a self healing organism.

It is an incredible technological breakthrough in the science of healing. Many professionals including the medical profession, psychologists, therapists, families and business professionals are now utilizing Pranic Healing alongside orthodox medicine to help enhance every area of their lives.

Be Inspired by Theo’s Story

I first met Louisa 18 months ago at a business networking event (for a job I now realise pushed me to near nervous breakdown) and although I thought I didn’t really think I needed her services at that point, I knew we had clicked and she would be someone I would work with in the future. Fast forward to now, and it is quite unbelievable how different my life is and a large part of that is thanks to Lou.

In January this year I traveled to India and delved deep into energy healing work. During this trip and upon my return I worked with a number of different healers using various techniques, each of which had their purpose but I realise now none put the power back in my own hands like Lou did. I found myself back in touch with Lou by March and before I knew it I’d booked in 3 sessions with her. These first 3 sessions helped me to identify and release the “obvious” things I knew had been holding me back my entire life and I was astounded that I could instantly feel lighter during a session when these were released. I have had years of counselling and although I in no way discredit this form of therapy, nor say I wont return to it in the future, the speed in which Lou’s technique of removing the pain or emotional ties connected to traumatic events is simply mind-blowing. A month or so after my first 3 sessions, I was already feeling an enormous change in myself and so quickly got back in touch ready to delve deeper and really change my life. I was ready to create the life I had always wanted but never believed I was worthy of and so booked in another longer course.

Although I was probably considered a pretty confident person by anyone who met me previously, the depths of my own limiting beliefs to the contrary were astounding even to me. It is due to working with Lou that I have uncovered a love and respect for myself that is now the driving force and the centre of my life, which is something I know hasn’t been the case for many millennia (Thank you past life information)!

Throughout my life I had struggled with a dependency on many things including food and drink, love in the wrong places, long periods of depression and worsening anxiety, but I know that my unhealthy relationships with all of these and my anxiety are things I have definitely got rid of forever thanks to my work with Lou. It was genuinely like, “poof! that’s just not in my life anymore!”.

Lou helps you to unveil your true self, the person you possibly only dreamed you can be and although I definitely felt like a bit of a tit standing up and swaying about to begin with, I now use these tools daily and know I am prepared to face pretty much anything life (or rather my own energy) throws at me in the future. Lou creates a totally safe space for you to work in, and makes your greatest fears and pain seem like a walk in the park to face and release. I have had some life-changing, incredibly personal but also empowering moments during my sessions with Lou, and I am grateful that she was the person to be by my side during those moments that I will never forget.

For anybody on the fence about working with Lou, I cannot emphasise enough how worthwhile investing in yourself in this way is. The rewards of this work will be far greater and appear far quicker than I’m sure you can imagine, they certainly did for me. Lou is an incredible healer, coach, mentor and I now consider friend, and I know we have formed a lifelong bond whether she likes it or not! I am eternally grateful to have worked with Lou, and recommend her to almost anyone I meet whether they are “spiritual” or not because it honestly doesn’t matter at all, her work will help anyone and everyone if they are just willing to take that first leap into themselves. Thank you for everything, with love from your energy ninja, Theo Izzard 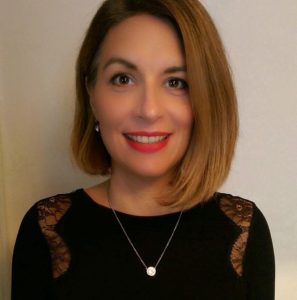 Before I worked with Louisa I’d been struggling for a few months with sciatic problems and digestive issues and I instinctively felt there was a connection with my brother dying two years before. So I decided to invest in myself and see Louisa.

Louisa coached me through this using the Energy Alignment Method.

My experience of the sessions included a lot of wow moments especially when at one point my sciatic pain completely vanished.

I kept moving and trying to find it again because I couldn’t quite believe what had happened! I’ve used some of the techniques subsequently and found them easy, very useful and beneficial. I would definitely recommend Louisa to others, she is very passionate about what she does and so lovely too. At one point I burst into tears and she just kept calm and allowed me to work through it and by the end of that session I was laughing!

Prior to working with Louisa, I’d been struggling with money blocks. I had certain beliefs around wealth which I knew came from childhood and were affecting my ability to create abundance in my life.  After talking to Louisa about energy and how our beliefs from past experience affect our lives, I had a brief taster session of finding out what my blocks are and removing them. It was amazing! I wanted to know more after that. During the sessions, I was able to tap into just what was blocking me subconsciously and even be guided into working out when these blocks started forming. We then had a fascinating and emotional time clearing them. 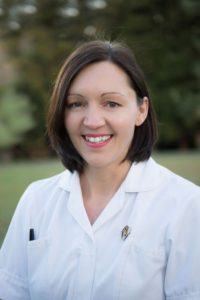 n what was stopping me move forward. I now know what to look out for in my life if I feel blocked in the same area. I have tools to work through any other negative beliefs and clear them. I can also now use these same tools to test what I want to design in my life.

I’d absolutely recommend the sessions. We all have self limiting beliefs but we often don’t really know what they are or how to change them. I’ve read lots of books about this but never had anything so practical to make a difference. Louisa, you are like a personal cheerleader throughout the process with your positivity and enthusiasm! Thank you!